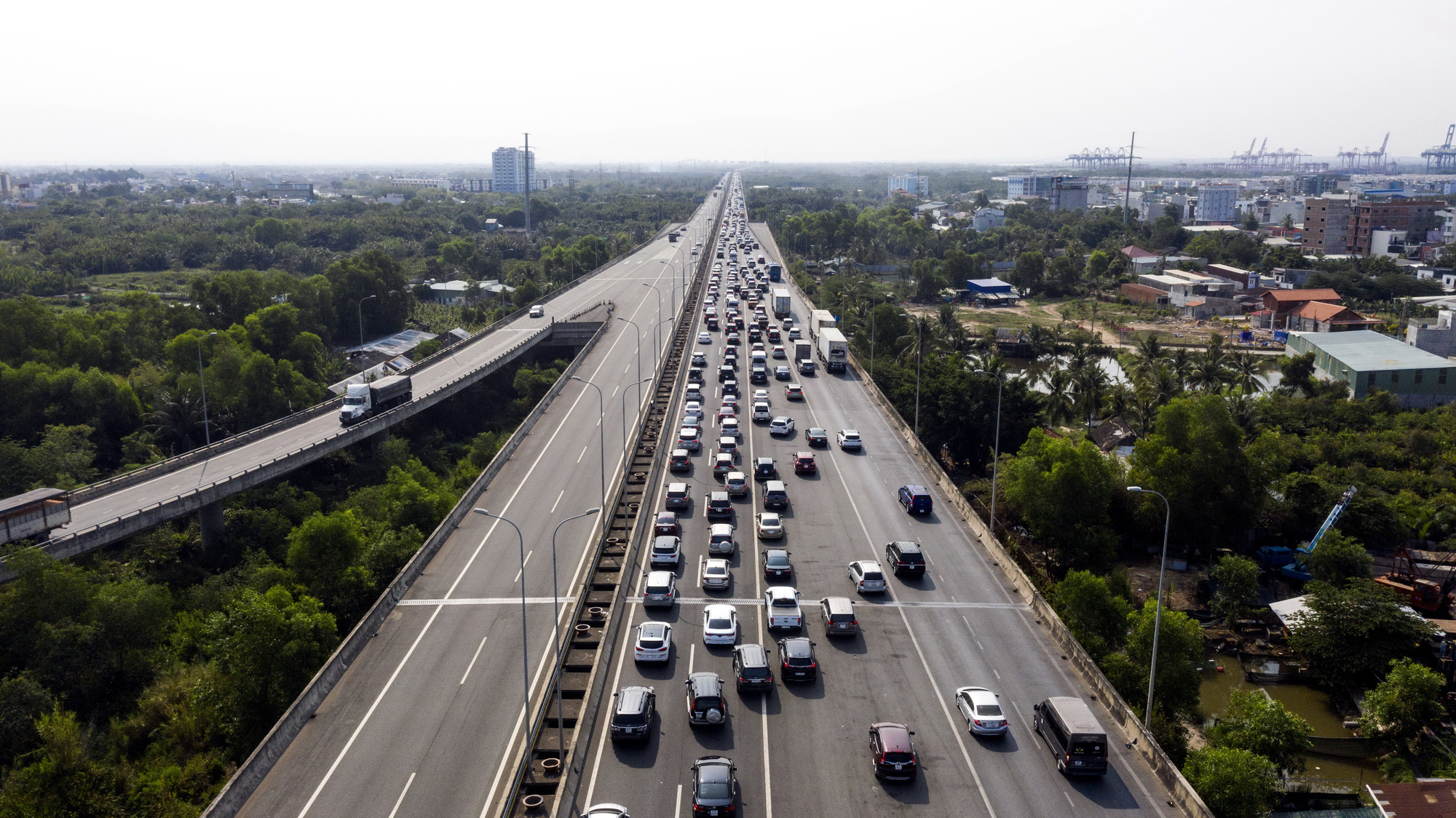 The People’s Committee of Dong Nai Province in southern Vietnam has proposed the expansion of a key expressway linking it with neighboring Ho Chi Minh City from four to 10-12 lanes as the road has been plagued by congestion due to a high volume of traffic.

The expansion is part of Dong Nai's propositions submitted to the prime minister regarding multiple key traffic projects in the province.

There are currently two main routes connecting the two localities, namely the expressway and National Highway No. 51, both of which have been overloaded, especially during rush hour and holidays.

Expanding the expressway is necessary to resolve the issue, as well as to prepare for the inauguration of Long Thang megaairport in the near future, according to the Dong Nai administration.

Stretching over 55 kilometers, the Ho Chi Minh City-Long Thanh-Dau Giay Expressway was finished in February 2015 with a total of four lanes and two hard shoulders.

The road has helped shortened journeys between Ho Chi Minh City and such provinces as Dong Nai, Ba Ria-Vung Rau, and those in the Central Highlands.

However, the volume of traffic along the route has been climbing rapidly, resulting in frequent congestion and creating an inconvenience for commuters.

According to Nguyen Thi Hien, who travels between Ho Chi Minh City and Long Thanh District for work every day, her daily commute usually takes 40 minutes one way.

However, Hien said her commute will take three times as long if a traffic jam occurs along the expressway, adding that taking the longer National Highway No. 51 does not help her avoid congestion either.

The Ho Chi Minh City-Dong Nai expressway has a maximum speed limit of 120 kilometers per hour, but vehicles are forced to travel at a snail’s pace at times due to congestion, said Le Van Kiet, a driver from District 9, Ho Chi Minh City.

The route served ten million vehicles in 2015, VEC reported, adding that the number increased to 16.5 million in 2019.

Most traffic jams occur along a 20-kilometer section near Ho Chi Minh City, it added.

Statistics from the Vietnam Expressway Services Engineering JSC (VEC E), which manages the expressway, showed that the number of vehicles along the road on the weekend averages about 40,000-43,000.

Tu Nam Thanh, director of the Dong Nai Department of Transport, stated that the agency had proposed that the Ho Chi Minh City-Long Thanh-Dau Giay Expressway be expanded to 10-12 lanes.

The Ministry of Transport has also ordered relevant agencies to determine the most viable approach to widening the road.