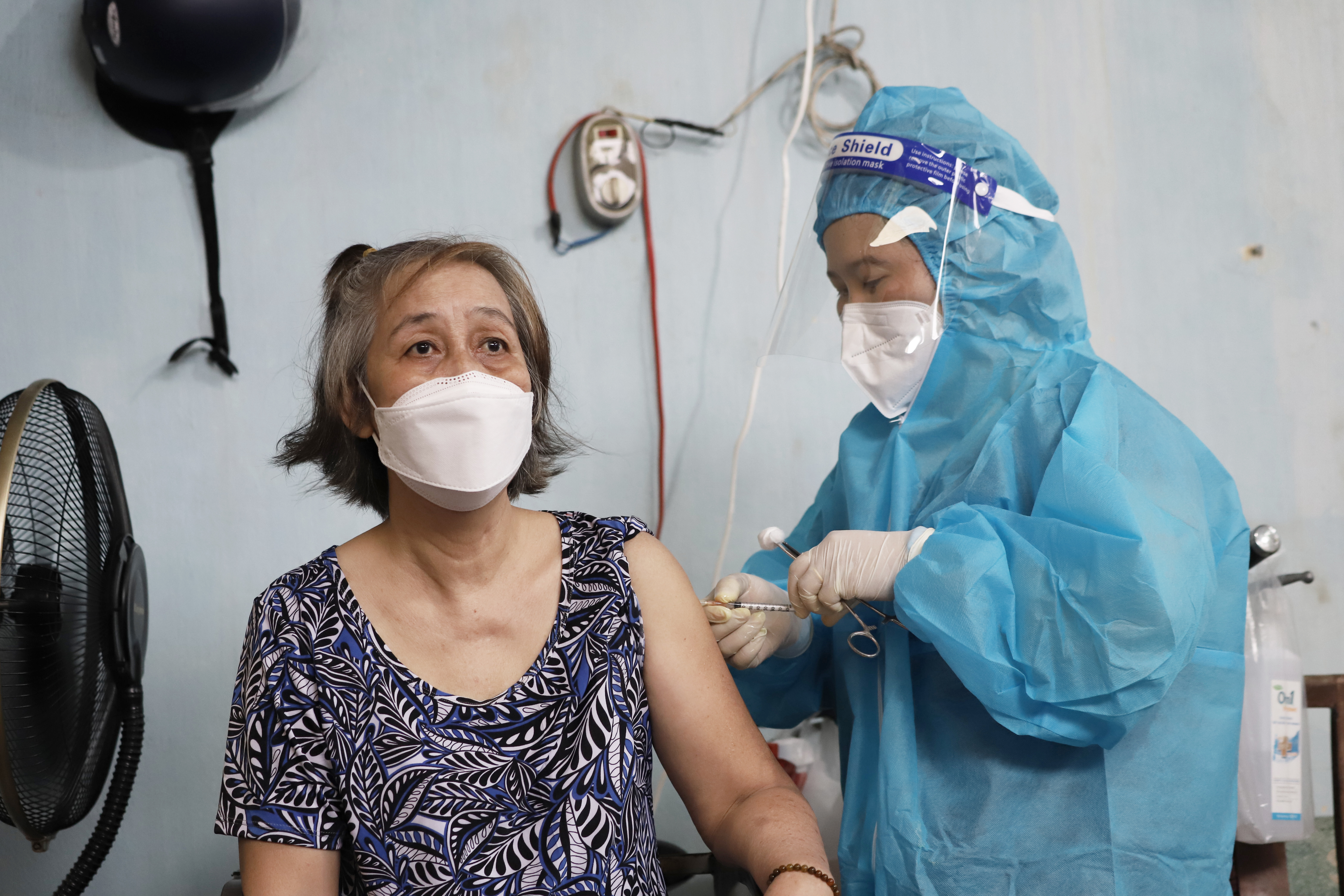 The number of newly-detected COVID-19 cases in Vietnam’s Mekong Delta region has continued to increase over the past days, but the mortality rate remained low thanks to mass vaccination.

As of Monday, Soc Trang Province had recorded nearly 9,900 infections as recorded since the fourth coronavirus wave flared up in Vietnam in late April, with more than 6,700 recoveries, according to the provincial Department of Health.

The locality had documented 62 coronavirus-related deaths so far, accounting for about 0.75 percent.

Meanwhile, the nation’s COVID-19 mortality rate is currently at 2.2 percent, according to the Ministry of Health.

“Patients who have received the vaccine are easier to treat than unvaccinated ones,” Dung added.

Despite this optimistic result, people must not let their guard down and overlook prevention measures, otherwise they will pay a heavy price, Tran Van Lau, the province’s chairman, warned.

According to Doan Tan Buu, vice-chairman of the Dong Thap People’s Committee, the local mortality rate once topped 2.5 percent.

After the province's vaccination campaign was expedited, the ratio dropped to just over 1.7 percent, Buu continued.

In Can Tho, more than 95 percent of people aged 18 and older have received at least one vaccine shot, while 35 percent have been jabbed twice, said Cao Hoang An, deputy director of the municipal Department of Health.

Most of the deceased patients in the city were over 60 years old with underlying conditions, said Dr. Tran Quoc Luan, director of the Can Tho General Hospital.

Aside from vaccination, the local treatment capacity must be further improved so that residents can live safely with the pandemic, Luan stressed.

The country has recorded 1,030,096 community transmissions in all its 63 provinces and cities since the fourth wave began on April 27.

Health workers have given above 99.7 million vaccine doses since vaccination was rolled out nationwide on March 8.

The latest statistics showed that all localities in the Mekong Delta have vaccinated at least 80 percent of their adult population with one shot.