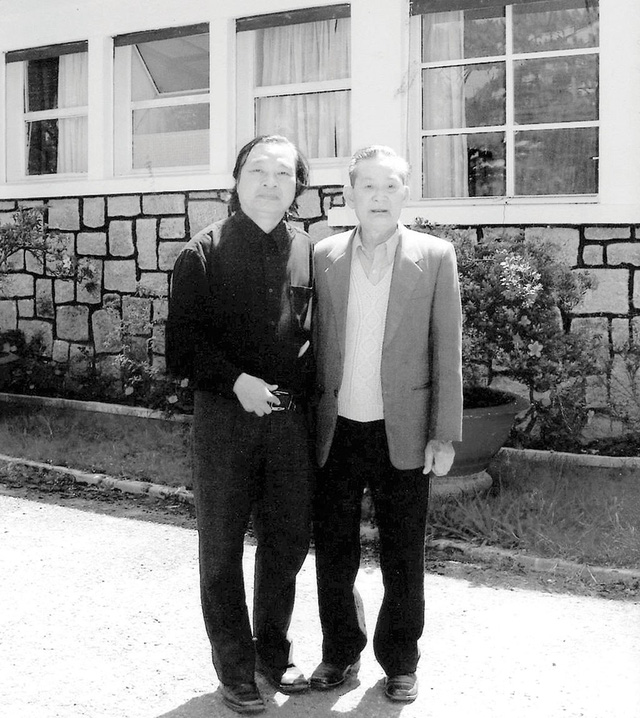 A veteran retainer serving under Vietnam’s last monarchy reign is instrumental to the preservation of the royal family’s cherished heirlooms.

Da Lat, an alluring resort town and the capital city of Lam Dong Province in the Central Highlands, some 300km northwest of Ho Chi Minh City, was built in the early 20th century on Lang Biang Plateau to transform the vastly uninhabited land into a city of convalescence for the French expeditionary army.

Since eminent Swiss-French physician and bacteriologist Alexandre Yersin discovered Liang Biang Plateau, the site for Da Lat City in 1893, the resort town has gained in tourist appeal but remains enigmatic to many.

Doan Thi Ngo, deputy director of Lam Dong Museum, respectfully credited Nguyen Duc Hoa, a highly trusted retainer to King Bao Dai, the country’s last emperor, with cherishing the artifacts and handing them intact to the government after 1975, when Vietnam was reunified.

Hoa was the only royal housekeeper employed by different governments to tend to Bao Dai Palace, where the king and his family would retreat to in the summer.

The edifice, which boasted the dynasty’s first-ever fusion of Asian and European architecture, was built between 1934 and 1938.

Hoa (1926-2009) served as a devoted housekeeper at the palace during King Bao Dai’s reign (1925 – 1945) before continuing his service at the mansion under the then-South Vietnam government until the country’s reunification in 1975.

Tuoi Tre (Youth) newspaper reporters found scanty information on the man until they perused the archives on Bao Dai Palace.

During his lifetime, he was known among local artists and residents as the ‘servant spanning different reigns.’

Hoa was born in 1926 in Phu Vang District, located in the central province of Thua Thien-Hue now, home to the then-capital of Hue.

At 13, the boy was introduced by a relative to work as a domestic help at the royal palace before being trusted by Tu Cung Maternal Queen, King Bao Dai’s mother, with tending to the young monarch.

Following his abdication in August 1945, Bao Dai was sent back to Vietnam by the French government in April 1949.

One year later, he released an edict, dictating that Da Lat would be the capital of his Hoang Trieu Cuong Tho (Domaine de la Couronne- Crown Domain) administration, which had five Central Highlands provinces including Lam Dong under its control.

Hoa, considered by Bao Dai as his trusted confidant, accompanied him to Da Lat.

During his reign, the monarch and his wife, Queen Nam Phuong, made it a point that royal practices were strictly adhered to during their stay at the Bao Dai Palace.

After dinner, they would summon their children, namely the crown prince, prince and princesses to their room and teach them the right from wrong.

When Bao Dai became the chief of state under the then-South Vietnam administration, the regal mansion was turned into his family’s permanent residence and office.

After Bao Dai was ousted in 1955, Hoa was re-employed as a housekeeper at the palace by the South Vietnam administration.

This was a rare incidence which was put down to Hoa’s composure, honesty and gentleness.

Before he passed away in 2009, Hoa disclosed in a taped interview with Tuoi Tre reporters he had been paid four taels of gold each month for his service to King Bao Dai.

One tael is equivalent to VND36 million (US$1,572) against the current foreign exchange rate.

“A fun-loving young man then, I spent all the 48 taels I earned each year,” he admitted.

He revealed Bao Dai and his wife switched to the French language each time they argued.

The king also confided in him what many did not know.

Hoa added his monthly salary under the administration of President Ngo Dinh Diem, who ousted Bao Dai in 1955, was also equivalent to five taels.

The seasoned retainer also got seven taels per month under the rule of Nguyen Van Thieu, the president of South Vietnam from 1965 to 1975.

Following the country’s reunification on April 30, 1975, Hoa continued his service at Bao Dai Palace under the new government until his death.

The royal housekeeper was also trusted by Bao Dai’s mother with safeguarding safes containing their valuables, which were later kept by the financial management board of Lam Dong’s provincial Party Committee.

In 2000, Hoa raised questions to local authorities regarding the condition of the regal valuables.

The Government Office soon requested the provincial chairman to address Hoa’s questions and report the result to the prime minister then.

Until his death in 2009, Hoa had spent over 60 years working at Bao Dai Palace and cherished a plethora of insider memories of King Bao Dai.