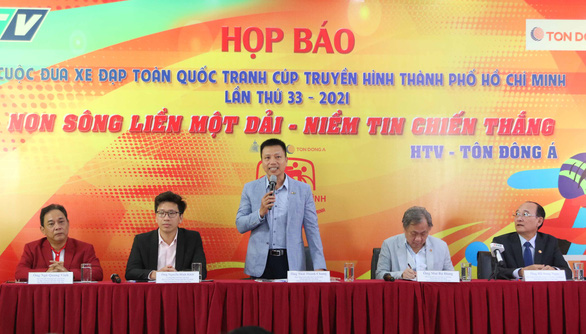 Ho Chi Minh City TV will organize an annual national cycling tournament next month, with the largest-ever prize money to be given to riders this year.

The HTV Cup tourney will take place from April 6 to 30, organizers said at a press conference on Thursday.

Cyclists will have to cover 2,350km of the competition’s 22 stages from Cao Bang Province in the north to Ho Chi Minh City in the south.

The longest stage, about 200km, will be from Nghe An Province to Quang Binh Province in the north-central part of the country.

The rider who wins the most prestigious yellow jersey will be rewarded with VND200 million (US$8,648) while VND50 million ($2,162) each will go to those who wear the blue and polka dot jerseys in the end.

Fifteen teams have confirmed their participation in the HTV Cup, including the junior national squad. Each team can register seven riders, according to the tourney’s rules.

In its 33rd edition, the tourney is organized every year to celebrate Vietnam's national reunification, which was achieved on April 30, 1975.